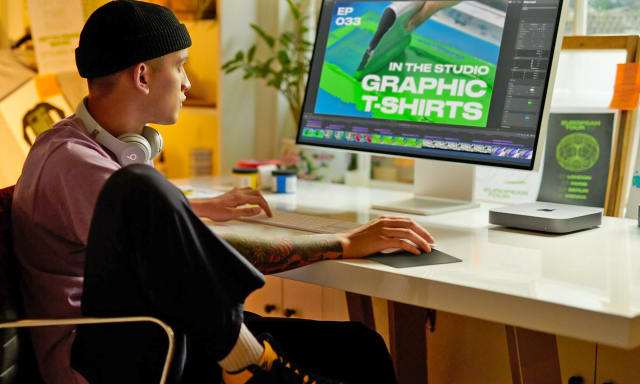 Under the hood, the Mac Mini uses an “advanced thermal design” to help it stay cool and quiet, and Apple says the new model is up to 60 percent more efficient than the previous iteration. The latest Mac Mini is among Apple’s first devices to use its new M1 system-on-a-chip, the company’s new ARM-based processor, which features an 8-core CPU and an 8-core GPU. Like the new MacBook Air and other M1 Macs, the latest Mini will be able to run iPhone and iPad apps. It should also be much faster with more intensive tasks like compiling code or rendering video.

Apple is offering the newly upgraded Mini in two configurations: 8GB of memory and 256GB of SSD storage for $699, or 8GB of memory with a 512GB SSD for $899. Apple also lets you configure the Mac Mini with up to 16GB of RAM and up to 2TB of storage. The company continues to offer a version of the older Intel-based model.

Apple's M1 chip is coming to the 13-inch MacBook Pro