ICYMI: We take a deep dive into macOS Big Sur

The design changes — including a bright desktop background, translucent menu bar and revamped toolbar buttons — come alongside new system tones that make Big Sur look and sound different from previous OS versions. Changes to the Notification and Control centers bring many of the same functions and features found on iOS 14, such as notification grouping by app, to desktop. Safari has a new home screen which pulls favorite sites, pages, tabs and saved stories, and it also now has a Privacy Report that details what sites track about you. Nathan recommends updating your Mac to Big Sur for the valuable improvements, but recognizes that the core macOS experience hasn’t been drastically altered. 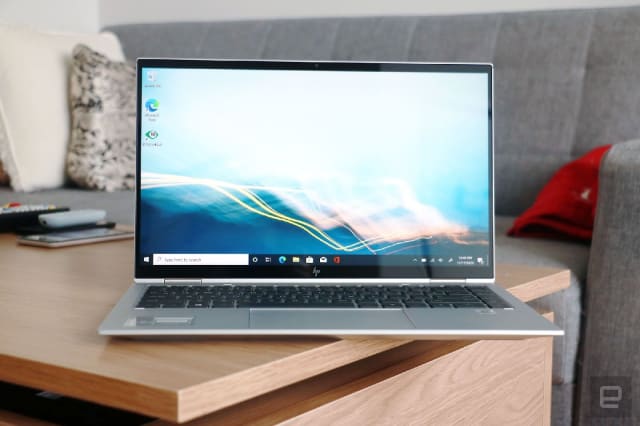 The EliteBook x360 1040 G7 is slightly different than most others in HP’s lineup; the new laptop is somewhat less focused on design and instead offers some unique privacy features. Cherlynn Low admits that it’s fairly difficult to make a laptop stand out these days, but HP has attempted to do so by adding presence detection and an AI noise-reduction tool to this EliteBook. The first feature uses a sensor to wake or lock the machine automatically when the user returns or leaves; the second is intended to make your voice clearer on calls. The laptop also has a handy shortcut that can be programmed to shutter the webcam or launch your most used apps, files and websites.

While Cherlynn found this last feature surprisingly useful, she was less impressed by the other two. The presence detection worked as it should, but it’s a feature that’s most useful for a small segment of users. The AI noise reduction didn’t silence background sounds on Cherlynn’s tests, nor did it make her voice clearer on calls. However, because of the laptop’s reliable performance and solid battery life, she still felt it was worth recommending to those who would get good use out of its unique features. 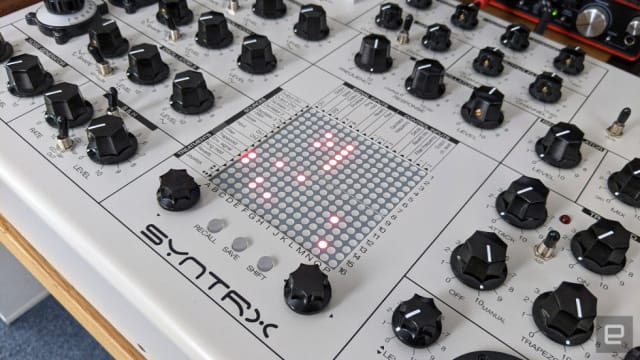 Terrence O’Brien declined to provide a score for the Erica Synths SYNTRX, on the basis that a score couldn’t properly sum up the reasons why the synthesizer would be worth $2,980. A rather niche product, the SYNTRX is an analog synth inspired by the much pricer EMS Synthi A (used by Brian Eno and Pink Floyd). While the two share several of the same features, such as a three oscillators, a spring reverb unit and, most importantly, a unique patch matrix, the SYNTRX includes presets and MIDI support.

The SYNTRX is capable of being more than just a synthesizer, though. It can also function as a sub mixer or an effects processor. And, since it has built-in speakers, it can be used without any additional gear. Terrence says the target audience for the SYNTRX is experimental musicians or hardcore synth nerds — either group would be satisfied spending hours playing with the SYNTRX’s features and sound palette. 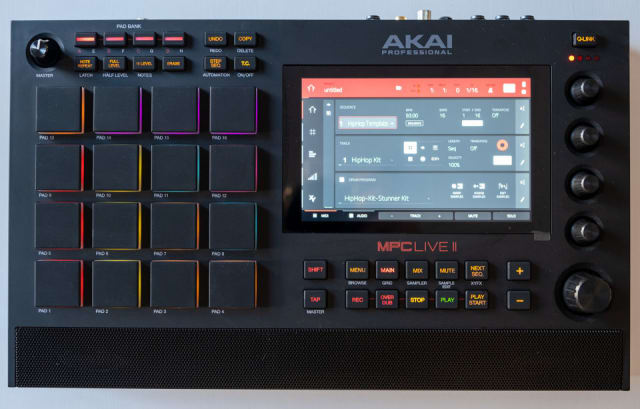 The Akai MPC Live II is, according to James Trew, a truly portable, all-in-one studio. The music production device has many of the features that the previous iteration, the MPC Live, had: 16 velocity-sensitive sample/trigger pads, six audio outputs and a 7-inch touchscreen.But it also adds built-in speakers and a CV/Gate port so analog gear can also be connected. The multiple connection options (four MIDI ports, four audio inputs, two USB-A and one USB-B in addition to the six outputs), and quality build make it a versatile and handy option as either a stand-alone device or piece of a larger setup.

A built-in battery makes the MPC Live II more portable than the competition, and it also has WiFi and Bluetooth so you can control it using a Bluetooth MIDI keyboard, connect wirelessly to Ableton Live and update the device’s firmware. James found the software to be as well maintained with regular updates and features. However, he wasn’t always thrilled with the interface overall, which was more complicated when it came to building tracks.

The Wave:3 is the new broadcasting microphone from Elgato 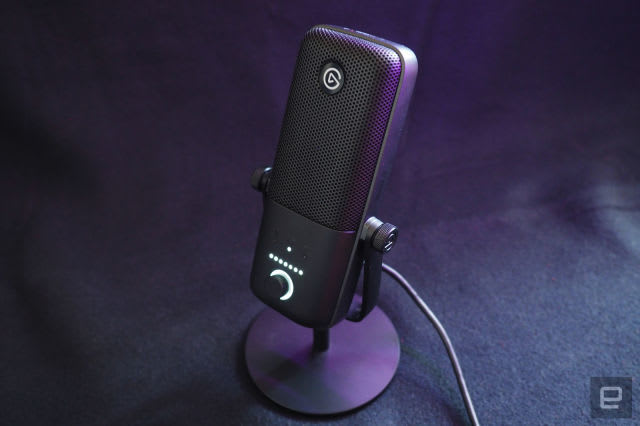 Elgato has recently expanded into broadcasting gear, producing lines of Stream Decks, ring lights, green screens and now, two USB microphones. Kris Naudus tested the Wave:3, the more expensive of the two at $160, which also features a capacitive sensor on top and records in 96kHz. Both it and the Wave:1 are long, black oblongs that reminded her of old-fashioned radio microphones. Kris found the Wave:3 worth the extra $30 since it can record a higher audio rate which made her podcast recordings sound clear and professional.

When it came to the software, there were a few snags: while the Wave:3 is intended to be intuitive to set up and run, Kris had trouble getting it to connect properly to her MacBook Pro while using a headset. While she was able to use the mic with the recording program Audacity, the company also produces its own Wave Link software. Using Wave Link, Kris was able to set up multiple inputs and control their output to an audio stream. The onboard controls were easy to use, as were the specially-fitted accessories, making to Wave:3 a solid tool for those needing better audio. 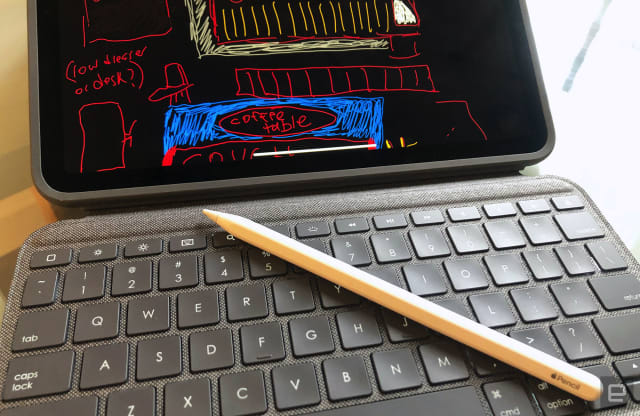 For every Apple accessory, there are a slew of third-party alternatives available. Logitech’s Folio Touch iPad Keyboard is cheaper than Apple’s own Magic Keyboard, with a price tag of $160, and offers some additional features to boot. The Folio Touch includes a trackpad and a backlight (which kicks in automatically) and has a dedicated row of shortcut keys which can control media playback among other things. It can be used in four positions — type, view, read or sketch — three of which the Magic Keyboard can’t do.

Dana Wollman found the Folio Touch most comfortable to hold on her lap in either sketch or view mode, though she also said it didn’t feel like it was designed to be used in a lap because of the flimsy kickstand. In Dana’s testing, the Folio Touch was most comfortable for desk typing where the keys provided a surprising amount of depth but were a bit louder than the ones on the Magic Keyboard. The touchpads were comparable, responding to the same multi- and single-touch gestures. The protective case felt light while still providing heavy-duty rubber bumpers and picking up fewer fingerprints than the Magic Keyboard. Dana said she could recommend it easily for gift-givers on a budget, but that Apple’s version provided the best typing experience between the two.

Hitting the Books: An analog computer ushered in the video game era