Despite the same 5.7K video resolution (at up to 30 fps), both the One X2 and the One R support the more efficient H.265 video encoding along with improved low-light performance plus stabilization, meaning you’ll get notably better video quality than the One X. Likewise, the One X2 benefits from a familiar list of camera modes and software treatments, namely Bullet Time mode, Starlapse mode, webcam mode, AquaVision color correction, MultiView export and more. 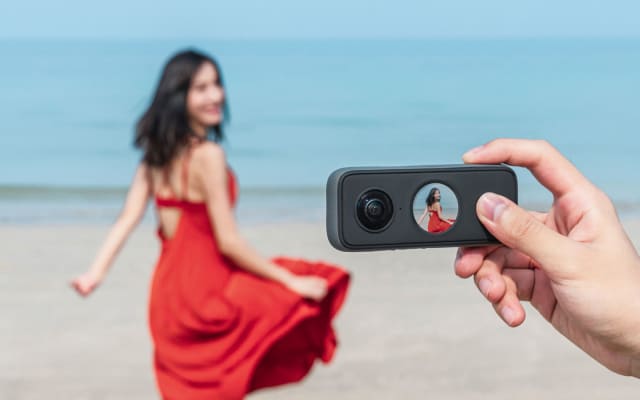 Of course, the One X2 also delivers some new features. The “InstaPano” shooting mode, for instance, lets you take flat, “seamless ultra-panoramic” photos with just one click, and you can even preview your shot using the built-in screen. Once imported into your app, you can choose which part of this 360 “ring” you want to crop out for the JPG export. If you want to, you can also revert to the 360 form for the full VR view.

Another noteworthy improvement on this new camera is audio. Thanks to its four microphones, the One X2 is able to do directional audio capture, so that in video playback, you get an audio boost according to your viewing direction. Insta360 adds that its new smart wind-reduction algorithm should perform better than before, but we’ll have to hear it to believe it. 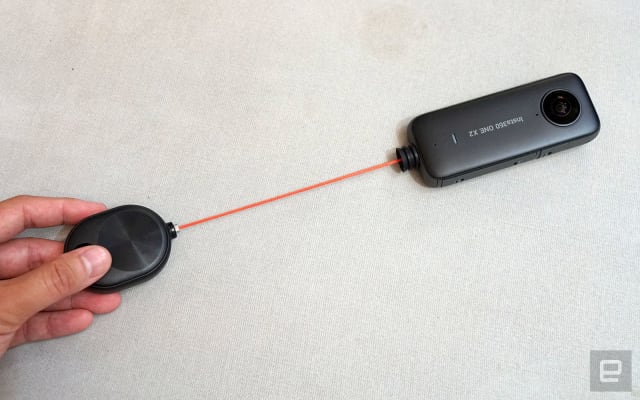 Announced alongside the One X2 is the new “Bullet Time Cord” accessory, which replaces the chunky “Bullet Time” handle. Simply mount the camera onto the end of the cord, switch to “Bullet Time” mode, start recording, then swing the camera around on the same plane a few times. If all goes well, the result is a cool slow-motion video which literally puts you in the center.

Interestingly, the One X2 is priced at $429.99 which is the same as the 360-edition One R, so between the two, it would mainly depend on whether you prefer convenience over versatility. The new camera is already available for ordering on Insta360’s website; just make sure you also get yourself a selfie stick, a mini tripod and maybe a Bullet Time Cord as well to get the most out of your 360 camera.