Add Hideo Kojima’s P.T. to the list of PlayStation 4 games you can’t play on Sony’s next-generation console. In case you need a refresher, P.T. was a demo Kojima Productions released in 2014 to build excitement for its then-upcoming Silent Hills reboot. When Konami canceled the project, it removed P.T. from the PlayStation Store. The company also made it next to impossible for people who had the game on their console at some point to download it again. 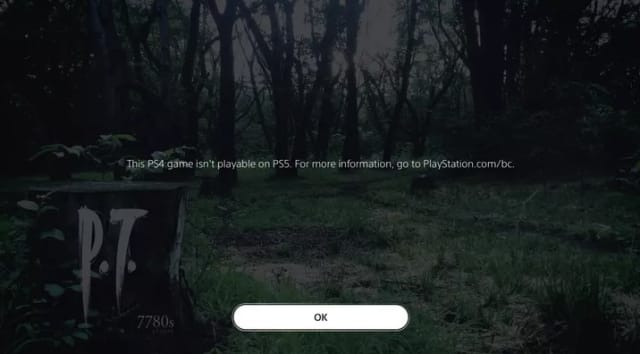 When Sony didn’t list the title as one of the dozen of PS4 games you can’t play on the PS5, there was some hope it would live on, but that’s not to be the case. According to Polygon, it’s neither possible to transfer P.T. to a PS5 nor play it on the console through backward compatibility.