The team is also bringing 90Hz support to the Oculus Link, allowing you to toggle between 72Hz, 80Hz and 90Hz from the Oculus PC App. Oculus launched Link in 2019 to give you a way to connect a Quest headset to gaming PCs with a cable. By connecting to a PC, you’ll be able to access Rift experiences on the standalone VR headset. The feature has now moved out of beta and will be available more broadly.

In addition to enabling 90Hz gaming, the software update also brings Oculus Move to the Quest and Quest 2. Oculus Move, which Facebook first revealed in September, is a built-in fitness tracker for the platform that can help you track how may calories you’ve burned and how long you’ve been active while playing VR games like Beat Saber. It’ll roll out gradually, though, so you may need to wait a bit before it hits your device. 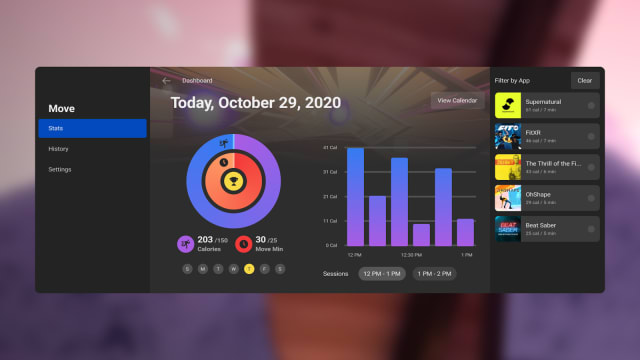 Finally, Oculus will release App Gifting later this month, letting you purchase games or experiences from the Oculus Store and then send them to a friend. To take advantage of the new feature, just look for the “Buy for a Friend” button on the website or find it in the more menu on the mobile app.