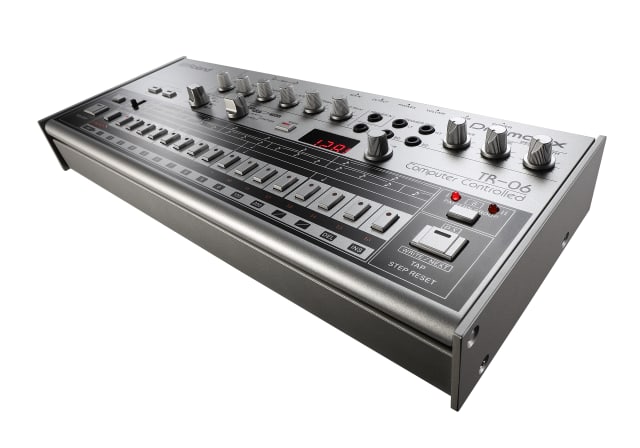 The TR-06 Drumatix is what Roland calls a “detailed replica of the Roland TR-606 Drumatix from the ‘80s,” albeit with some modern upgrades. It retains the tone of the original, which was originally a commercial failure but became a cult item in the ‘90s, appearing on albums like Massive Attack’s Protection. However, it’s been updated with features like effects, an onboard compressor, tempo delay and the ability to control tuning, decay and pan for each instrument.

It also uses a step sequencers, but it’s been updated with sub-steps for ratcheted parts, step-loops and other advanced features. It has five trigger outputs and a trigger input, along with a high-quality USB audio interface and battery operation for mobile productions. The TR-06 also costs $400 and arrives in late October.

On top of the two drum machines, Roland also unveiled the TR-606 software rhythm composer. It works as a plug-in for DAW productions and has the same sound and behavior as the original, while adding features that allow for “more sound choices and faster, more fluid programming,” Roland said. It’s now available via Roland Cloud.

GitHub can actively look for security holes in your code