Samsung launches a 110-inch version of its MicroLED ‘Wall’ TV

Samsung has launched a 110-inch MicroLED TV, and it’s now up for pre-sale in Korea. The tech giant has been showcasing massive displays that use MicroLED technology over the past two years. It unveiled a 146-inch TV called The Wall at CES 2018, and it showed off a 75-inch model and a 219-inch display at the same event last year. Those displays, however, are modular and require installation. This model is prefabricated and can be installed like any traditional TV. 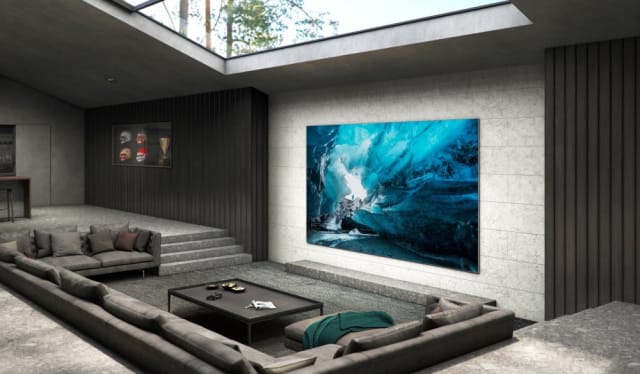 While Samsung’s MicroLED TV technology is scalable and can be used to create displays of any size, the company explained in its announcement that it wasn’t previously possible to mass-produce a MicroLED screen as small as 110-inch for simple home installation. To be able to release this product, it had to develop a new surface mount technology and a new manufacturing process derived from its semiconductor business. Those will give Samsung a way to produce even smaller MicroLED displays for consumers in the future.

Trey Songz In Hot Water For Throwing 500-People Super Spreader Party After He Recovers From COVID-19!

George Clooney Was Rushed To The Hospital After Dropping Nearly 30 Pounds For New Role – Details!