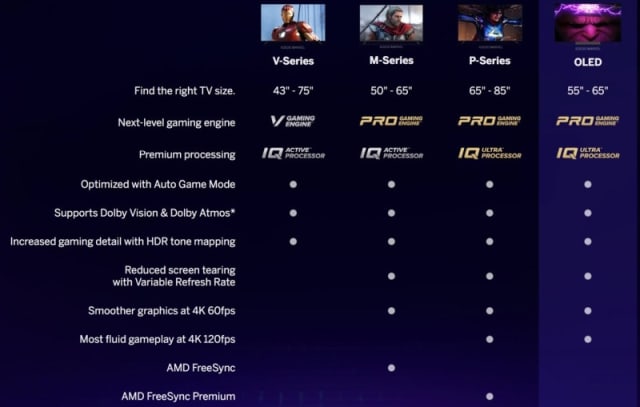 The P-Series and new OLED models have an IQ Ultra Processor inside, and support 4K, 120fps gameplay. On the OLED, Vizio notes improved judder reduction as a part of the update, but it doesn’t have FreeSync at all. Its P-Series TVs add all of those things, and support AMD FreeSync Premium, the tier it announced at CES in January that promises at least 120Hz sync’d performance at 1080p.

While Vizio doesn’t include NVIDIA’s G-Sync technology (LG’s 2020 OLEDs are the only ones we’ve seen that offer both G-Sync and FreeSync), the press release noted that on P-Series TVs, it