ICYMI: We take a deep dive into macOS Big Sur

The unit itself is ever-so-slightly bigger. The addition of a bar along the base containing the “studio monitors” (speakers) makes it a shade deeper. Other small changes include moving the master volume control from the rear of the device to the top left corner, which makes even more sense given those built-in speakers. Some of the other buttons have moved around a bit, but remain functionally the same. 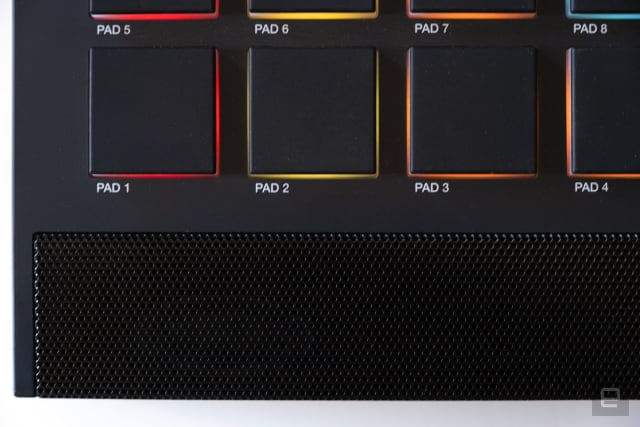 Beyond the new speakers, the other notable hardware upgrade is around the back. Much like the original MPC Live, you’ll find six audio outputs, four MIDI ports (two