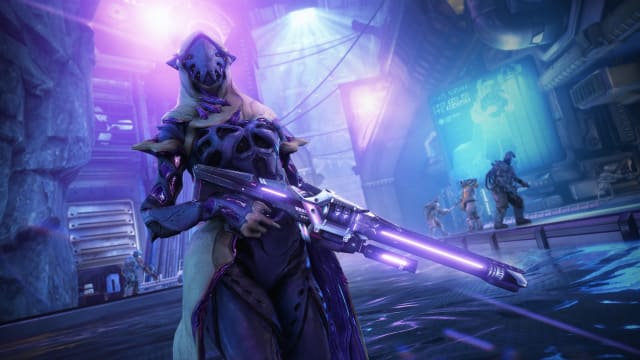 Warframe has been an odd omission from the Epic Games Store, considering the significant history between Digital Extremes and Epic. They’re co-creators of the Unreal franchise, while Epic CEO Tim Sweeney and Digital Extremes CEO James Schmalz have been working together since the shareware days of the early 1990s. Epic Megagames, the name of Sweeney’s company about $15 billion ago, published Schmalz’s Solar Winds and Epic Pinball in 1993. By 1998, Epic and Digital Extremes had launched the original Unreal.

However, the studios haven’t worked together in about 16 years. Digital Extremes finished development on its final Unreal game, Unreal Tournament 4, in 2004. Schmalz’s studio went on to help out with the BioShock and Homefront franchises, build The Darkness II, and release Warframe, a free online shooter that’s picked up around 50 million registered players since its launch in 2013.

Epic, meanwhile, was kept busy with Gears of War, the Unreal engine, and eventually, Fortnite and the Epic Games Store.

“We’ve stayed in touch over the years while our businesses grew in different directions,” Sweeney told Engadget. “Now we’re finding they increasingly overlap and there’s a great opportunity to connect our gamer audience.” 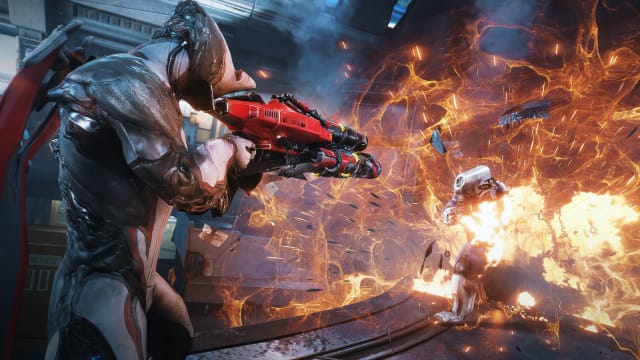 Warframe joins games like Fortnite and Rocket League in the free section of the Epic Games Store. Sweeney said he expects this segment to become more critical to the industry’s digital marketplace in 2021 and beyond.

“Free-to-play will grow as more genres of games evolve into online experiences played among social groups,” Sweeney said. “Games reach a larger audience if everyone is able to join in, whether or not they’re comfortable paying up-front.”

Schmalz said he sees parallels between 1990s shareware — when developers would make their games available to BBS users in return for donations and feedback — and today’s ecosystem of living, online, free-to-play games. Really, he said, the ideas behind shareware and games-as-a-service aren’t different at all.

“The fundamental, core concept is that you are giving away an experience for free,” Schmalz said. “And it damn well better be good in order to keep the player interested to the point of possibly purchasing something. You only make money if it’s good enough and the player only spends money if they feel it’s good enough. So it’s a pretty good feedback loop that works well for all sides. I think there was an element of training ourselves as shareware developers that led to core development philosophies that naturally work very well for GAAS.”