Toyota teases an electric SUV that will launch in 2021 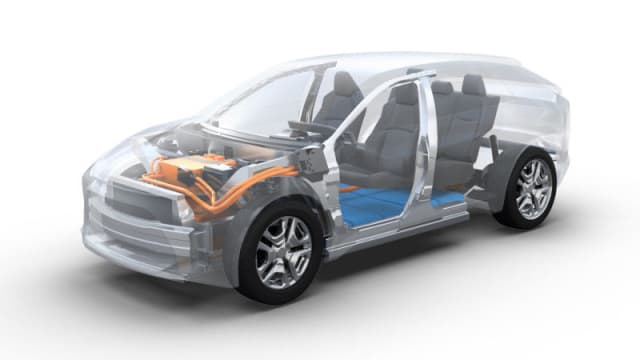 Where Toyota once said that it didn’t think it would sell many pure electric cars, the company is now saying that it plans to produce 5.5 million EVs every year by 2025. During that time, Toyota will launch 60 new electrified vehicles, including hybrids and PHEVs, EVs and hydrogen fuel-cell vehicles like the all-new second-generation Mirai.

Toyota deputy chief officer Koji Toyoshima added that Toyota plans to mass-produce EVs with solid-state battery packs in the first half of the 2020s. That lines up with what the company has promised previously, though it’s not clear how it plans to achieve that goal given that other companies like BMW and Fisker have so far failed to deliver.

Though it’s very late to the EV game, Toyota said that its hybrid and PHEV technology has given it the electric savoir-faire needed to quickly develop all-electric vehicles. “Hybrid success has given us the foundation we need for other electrified powertrains – which will be introduced when the time, the market, and the infrastructure are right,” said Toyota Europe’s Andrea Carlucci. “And that time is getting closer.”

Read More: Toyota teases an electric SUV that will launch in 2021