What we bought: Our favorite gadgets of 2020

This thing is great, especially since I only use a laptop without an external keyboard and mouse. It comes flat-packed and fully assembled. The aluminum frame supports up to 22 pounds, enough to hold your computer and various knicknacks (just don’t go leaning on it), and it’s quiet when raising and lowering as well. Simply press the handles on either side of the desk and its height will adjust nearly silently. Plus it’s lightweight, which allows me to easily move it when I want to use my kitchen table as, you know, a kitchen table. Now I even have somewhere to store my cat! — Senior Editor, Andrew Tarantola 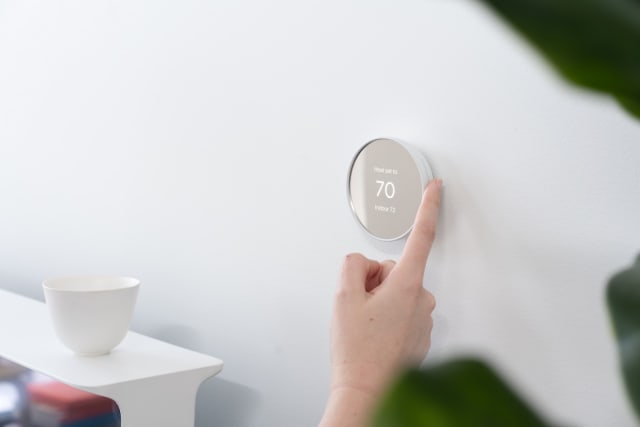 For years, I’ve coveted Nest’s smart thermostats. In an industry overstuffed with smart home failures, they offered plenty of useful upgrades over their old-school counterparts. Plus, they just looked incredibly cool. So when I moved out of Brooklyn and finally had the chance to upgrade my home hardware, I jumped at the chance to install Google’s new touch-based Nest thermostat.

It’s a solid deal at $130, compared to $249 for the spiffier Nest Learning Thermostat. And it was a no-brainer purchase once I learned my power company was selling it for half-price, which allowed me to pick up two thermostats and additional wall plates for around $160. (PSA: Be sure to check with your power company for similar deals.) Sure, the cheaper Nest doesn’t have the beautiful rotating ring, or most of the “learning” capabilities of its older sibling. But that price was far more palatable than spending upwards of $500.

So far, after a fairly simple installation process, I’m happy with the purchase. My wife and I can adjust the temperature of the house on our phones while our daughter is sleeping, which is better than tiptoeing across our creaky wood floors. On the rare occasion we get to leave the house, we can lower the temperature to save some energy, and then warm things up on our way back. After connecting our Nest devices to Alexa, we can also use our Echo devices to monitor and change temperatures. And we can even keep an eye on how much energy we’re using, thanks to some basic charts in the Google Home app.

I realize it’s a more basic experience than the Nest Learning Thermostat. The biggest downside is that the cheaper Nest doesn’t support external temperature sensors, which makes it tougher to fine tune heating and cooling for specific rooms. But it’s hard to argue with the new Nest’s low price, especially if you can find additional discounts. — Senior Editor, Devindra Hardawar 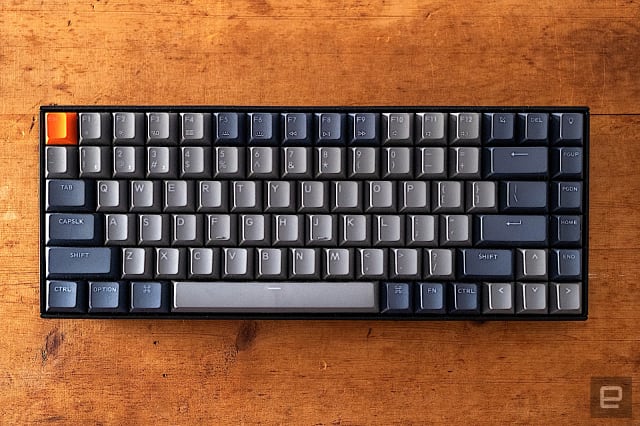 2020 was the year my trusty, ten year old, Apple Magic keyboard gave up the ghost. To be fair, that exit was assisted by me and a spilled beverage, but nonetheless I needed a new keyboard. I’d been weary of mechanical keyboards, after hearing colleagues clickety-clack their desk neighbors’ morale away, one key stroke at a time. But now I work from home and, well, I wanted to see what all the fuss was about.

Given the large amount of options, I was sure I’d be spoilt for choice, but turns out my requirements were (apparently) quite specific. I wanted something stylish, small, wireless (with wired as an option) with all the shortcuts for a Mac (media controls, Mission Control etc.). After days scouring the internet, pretty much only one called out to me: The Keychron K2 ($69). After taking the plunge, I’m incredibly happy with it. It’s Tenkeyless (TKL) so doesn’t hog much desk space, is wireless (with support for multiple devices) and has the all-important Mac shortcuts and key caps.

I love how it looks, but I’ll admit I am also a reluctant convert for the whole “mechanical” thing. I never had a problem typing on the old Magic keyboard, and still think claims about how much better mechanicals are can be borderline cultish, but the Keychron is a delight to type on. I didn’t need RGB, so I opted for the slightly cheaper white backlight model, but that just made it even more of a deal than a replacement Magic keyboard ($99), so all round it’s a win. — Assistant Managing Editor, James Trew 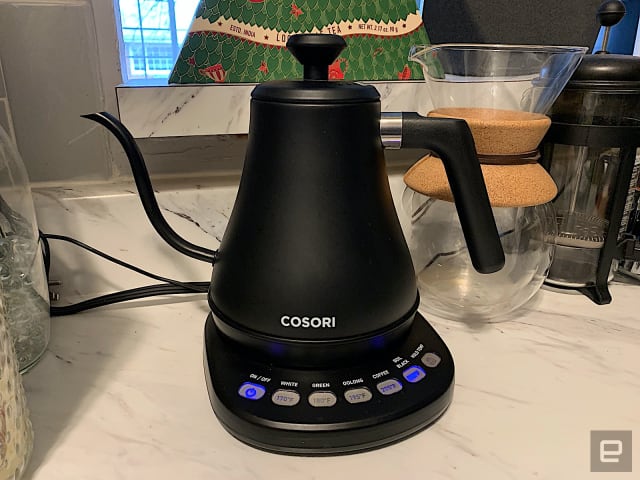 2020 brought a few good things for me, and one of them was the Cosori electric kettle I invested in this spring. It probably sounds silly to most (especially my British coworkers), but as a late 20-something New Yorker, I had never owned a kettle — let alone an electric one. As my partner and I started working from home more, we became unsatisfied with the coffee that our automatic machine made each morning. We wanted to have more options than those little coffee pods provide and, to be frank, we wanted better tasting coffee.

As a result, I dove head-first into the world of pour-over and French-press coffee and bought a couple of supplies, one being this electric kettle. I chose it because it appeared to be a middle-of-the-road electric kettle — not too fancy, but advanced enough to have a couple of variable temperature presets to choose from. Arguably the fanciest part about it is its gooseneck and I chose that because, according to many coffee-enthusiast websites, it makes for more precise pouring when using a vessel like a Chemex (they were right).

Needless to say, this small kitchen appliance totally changed how my partner and I make coffee, tea and even the occasional cup of ramen. Aside from the variable presets, which make brewing an excellent cup of tea easier than ever, the “keep warm” function is one of my favorites because, regardless of how tied up I get in my morning routine, the boiling water I need for our coffees will be waiting for me when I’m ready. It’s not a new phone or a next-gen game console, but one of the things I’ve learned from 2020 is to appreciate the little things, and this kettle has made my morning cup of coffee even more of a treat. — Commerce Editor, Valentina Palladino 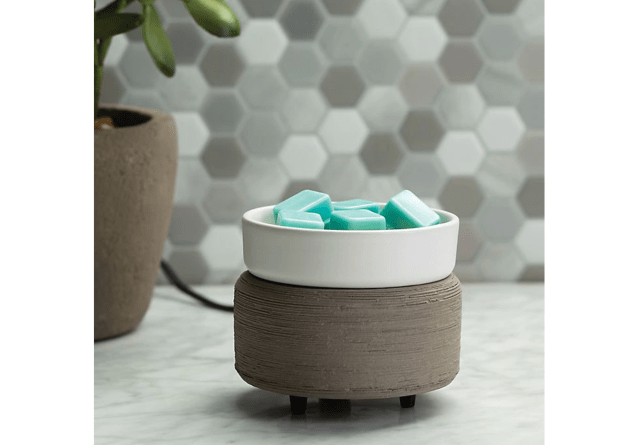 I’m highly sensitive to smells, so I’ve spent many years and countless dollars trying to find the perfect home fragrance solution. Air freshener sprays don’t last very long, candles leave a burning smell when they’re extinguished and reed diffusers are either too expensive or don’t dissipate well in my apartment. I hate the artificial scent that Glade or Febreeze plug-ins give off, and I’ve even tried fragrance gadgets like the Aera, but like the plug-ins they smell somehow manufactured.

I’d been thinking about wax melters as a solution for a while and finally bought this cute one from Bed Bath and Beyond a few weeks ago. And honestly, I’m kicking myself for not having bought one sooner. I’ve used it with candles that had burned out but still had a lot of wax leftover, and the effect has been exactly what I wanted. I get the intensity of fragrance from a burning candle without having to deal with the smoky odor after putting it out.

The wax melter I bought is fairly basic — I picked one that best matched my decor. I imagine there are bigger, more powerful versions available that might offer the option of setting timers (maybe even via an app!) so you won’t have to keep turning it on when you want to set the mood and turn off when you go to bed. Until those become prettier, though, I’m happy with my little wax melter (even if it is basically a small round hotplate with a ceramic dish). If you’ve been looking for an effective and long-lasting home fragrance method, I’d strongly recommend a wax melter for that spa-like experience. — Reviews Editor, Cherlynn Low

Read More: What we bought: Our favorite gadgets of 2020