What we’re buying: Our WFH essentials

The light has made a huge difference to the clarity of my shots and takes up less space than a traditional photography softbox. I wish there were physical controls, because sometimes the app will ‘forget’ the light exists and force me to go through the pairing setup again. Otherwise, though, the software is great for fine-tuning the brightness and temperature. I also like that you can buy more Elgato lights — including a smaller but cheaper (roughly $130 Key Light Air) — and control them all independently through the same portal. That means you can easily set up a two or three-point lighting system for even better-looking calls and streams. — Nick Summers, Senior Editor 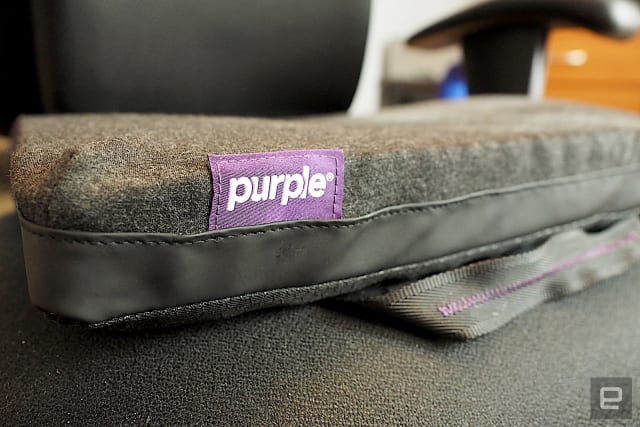 I had initially purchased the $99 Purple Double Seat cushion to help boost my sitting height, but I kept using it even after I bought a new standing desk. After all, I do still spend a significant amount of time on my rear end, and when I do, I want to be comfortable. The Double Seat cushion has the same rubberized comfort grid found on the company’s mattresses, which I find gives great support without adding any extra pressure to my lower back. It can be used on either soft or hard surfaces, and it has a non-slip cover so it won’t go sliding around my chair. — Nicole Lee, Senior Editor

Buy Purple seat cushion at Bed Bath and Beyond – $99 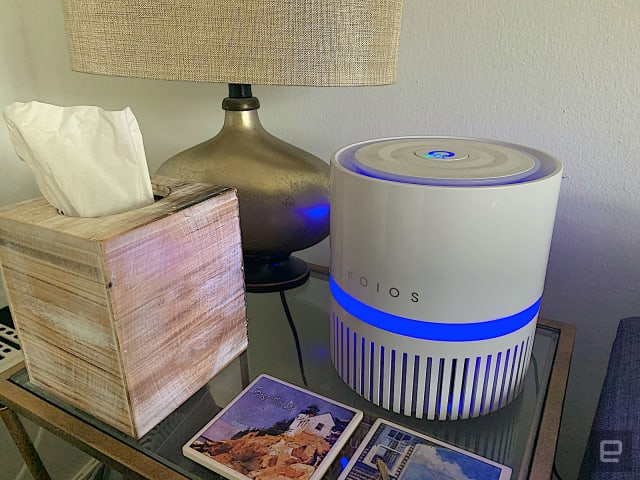 While I’ve tried to keep my extraneous purchases to a minimum during the pandemic, there are a couple of items I’ve purchased for my home that have proven invaluable. One of them is an air purifier, but I’ll confess here and now that COVID-19 wasn’t the only reason I bought one — I also wanted something that could reduce the amount of cat hair floating around our two-bedroom apartment. We’re relatively new cat parents (a little over one year) and we only have one cat. However, when we took her in, we really didn’t realize how much rogue fur we’d be dealing with. Vacuuming only takes care of the fur that’s settled on the floor, but there’s plenty to go around, swirling in the air.

As for COVID-19, I knew an air purifier could help clean (to a certain extent) the often recirculating air in our small apartment. While remote work isn’t new for me, my partner also started working from home more regularly once the pandemic hit, so keeping the air as clean as possible was a priority for both of us. While I’m not counting on our air purifier to remove all potential COVID-19 particles, I certainly feel better having one in my home than not (and I’ve definitely noticed much less cat hair wafting through the place since I’ve put the device to work).

I ultimately chose the KOIOS air purifier because it had good reviews on Amazon and didn’t break the bank. While those two things can sometimes be misleading, this air purifier has worked as promised. It has two modes, high and low, for filtering air and while the machine makes a constant whirring noise when on high, you can barely hear it when on low. It usually stays on the latter setting for hours at a time, perched on my side table in my living room, and I’ve grown to like the cool blue ring of light that surrounds the cylinder. It’s even better that I can just press the huge top button to turn it on and off, and the replacement filters aren’t too expensive. — Valentina Palladino, Commerce Editor 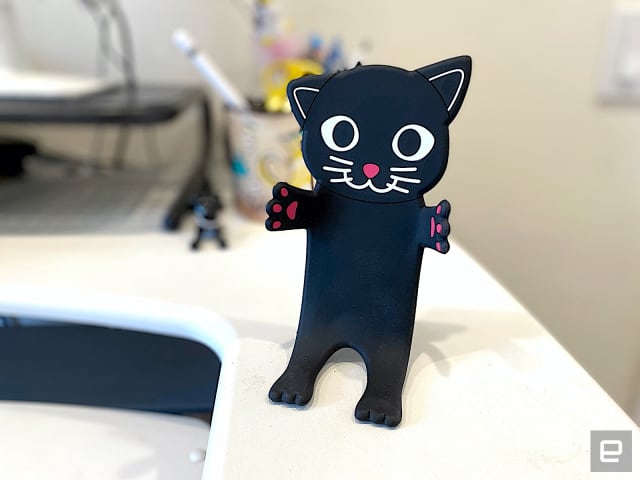 I’ve worked from home on and off for several years, so I was lucky enough that I already had a pretty good setup when the pandemic hit. But after more than six months in my bedroom office, my favorite desk accessory is also the silliest: an $8 silicone phone stand shaped like a cat.

Yes, it’s fun to look at. But it’s also useful. It allows me to prop up my phone next to my monitor so I can keep an eye on all my incoming notifications while I work. And, as someone with a perpetually messy desk, it ensures I always know where my phone is when I need it. But most importantly, the silly, grinning cat (the company makes several other characters, too) makes me smile every time I look at it. — Karissa Bell, Senior Editor 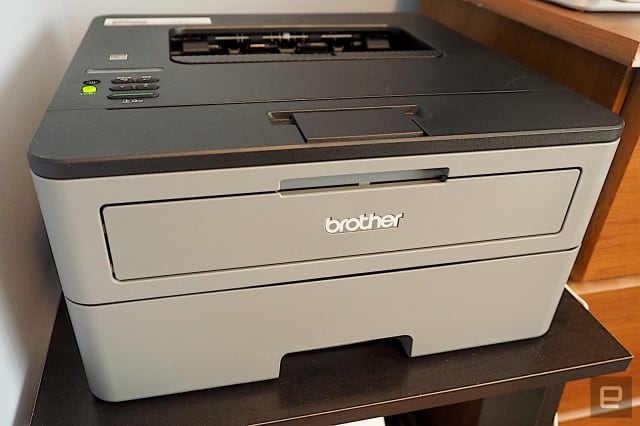 I’ve had a love-hate relationship with printers over the years, leaning more towards the hate end of the spectrum. A major problem is that inkjet cartridges eventually dry up if you don’t use them often enough, and I only really used my printer (which I no longer have) maybe three or four times a year. For a while, I simply relied on the office printer, but of course, that’s no longer an option these days. And during lockdown, I found myself needing to print several return labels while stuck at home.

So I decided to bite the bullet and purchased the $120 Brother Compact Monochrome Laser Printer HL-L2350DW. Sure, it only prints in black and white, but I don’t need anything fancier than that. Laser toner also generally has a much longer lifespan than ink, which means I can go for months without using it. It supports WiFi so I can print from anywhere in the house, and I like that it doesn’t take up much room in my office. — Nicole Lee, Senior Editor 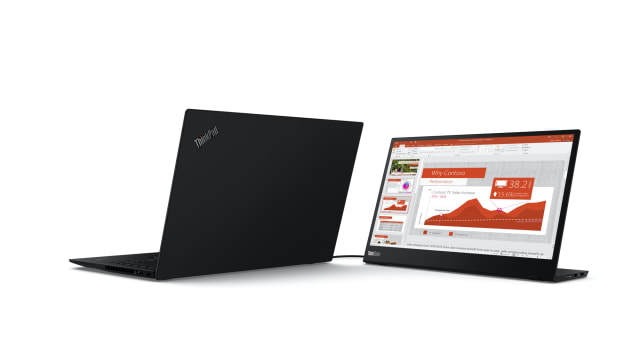 My travel gadgets haven’t seen any action since the pandemic took hold, save for the Lenovo ThinkVision M14 USB-C monitor. Those of us stuck at home in tiny city apartments might not have the luxury of a dedicated home-office with space devoted to a second screen for our computers. That’s where a travel-friendly gadget actually comes in handy. The thin and light 14-inch monitor connects conveniently via USB-C, offers pass-through power to your laptop and renders colors vividly on its matte screen. Its bezels are pleasantly thin and the built-in kickstand makes it easy to prop this up wherever you can find the space to work, like your coffee table, TV console or even your couch. Plus, when we get back to traveling for work again, this will be pretty useful on those trips. — Cherlynn Low, Reviews Editor

'Yakuza: Like a Dragon' trailer shows off its minigames